A number of film festivals around Japan are advancing the discovery of young filmmaking talent. This 2-day event presents award-winning films endorsed by such leading festivals whose past competition winners have gone on to successful careers in the fiction film industry. Every screening is presented by  representatives of each film festival and followed by a talk event with filmmakers and guests.

You can read the transcripts of the conversations with filmmakers and guests here. 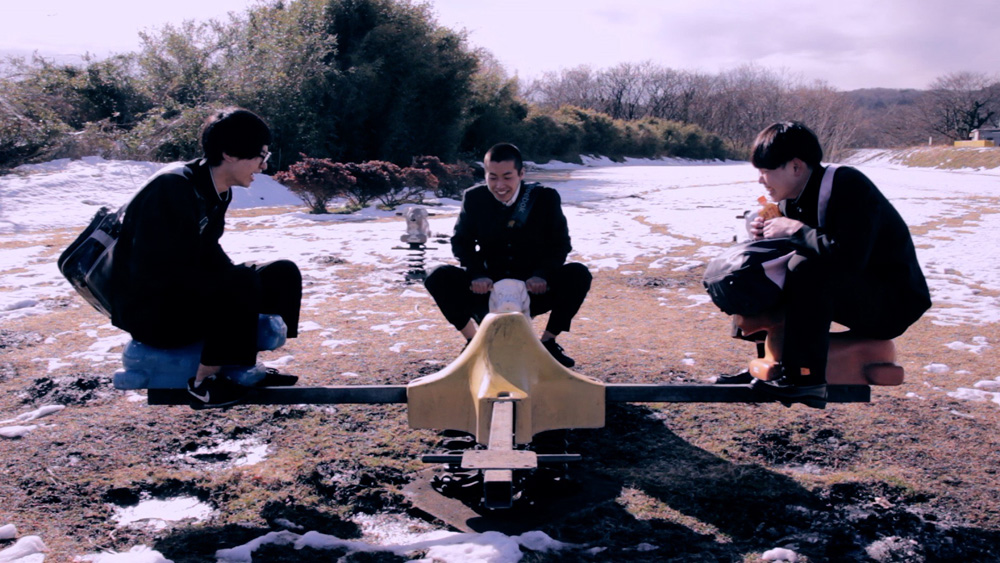 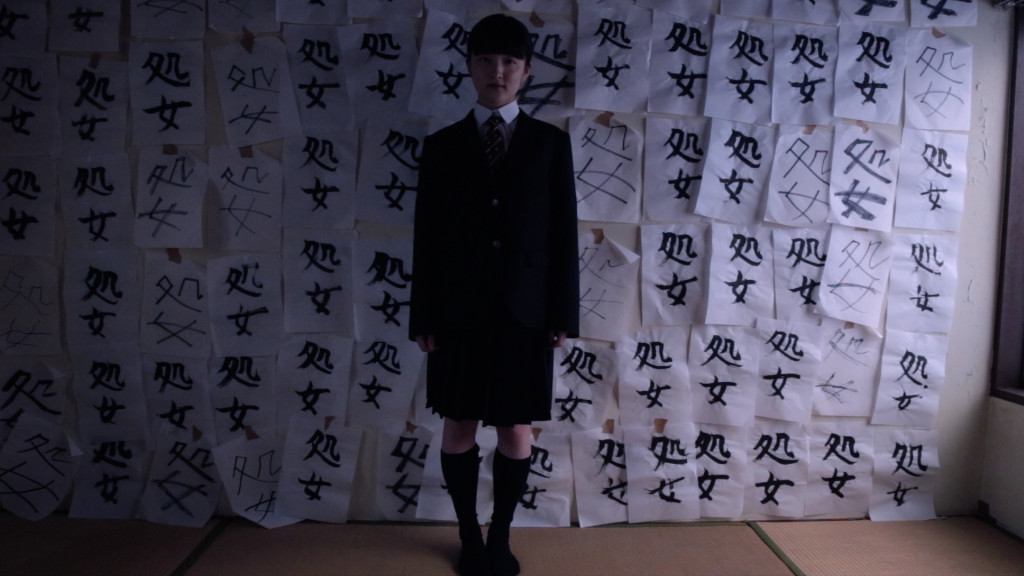 North Korea launched a missile. But it doesn’t bother us three buddies — we keep fooling around and hanging out together every day.

Born 1988 in Tottori Prefecture. His New Cinema Workshop project “Haru wo koroshite” (2016) was screened and awarded at many film festivals nationwide. Further films follow: “Tawagoto” (2017), Making (2017), “Saredo seishun no hashikure” (2018). His latest film “Fanfare ga narihibiku” is soon to have its cinema release in autumn 2020.

A film festival dedicated to fantastical films. The winner of a recent Audience Award “One Cut of the Dead” went on to become a runaway hit. Filmmakers from past editions include Noboru Iguchi (“The Machine Girl”), Tetsuya Mariko (“Destruction Babies”), Yu Irie (“8000 MILES: SR Saitama’s Rapper”), and Hana Matsumoto (“Dadadada Seventeen”).

Aiutsutsu (Love in All Actuality) 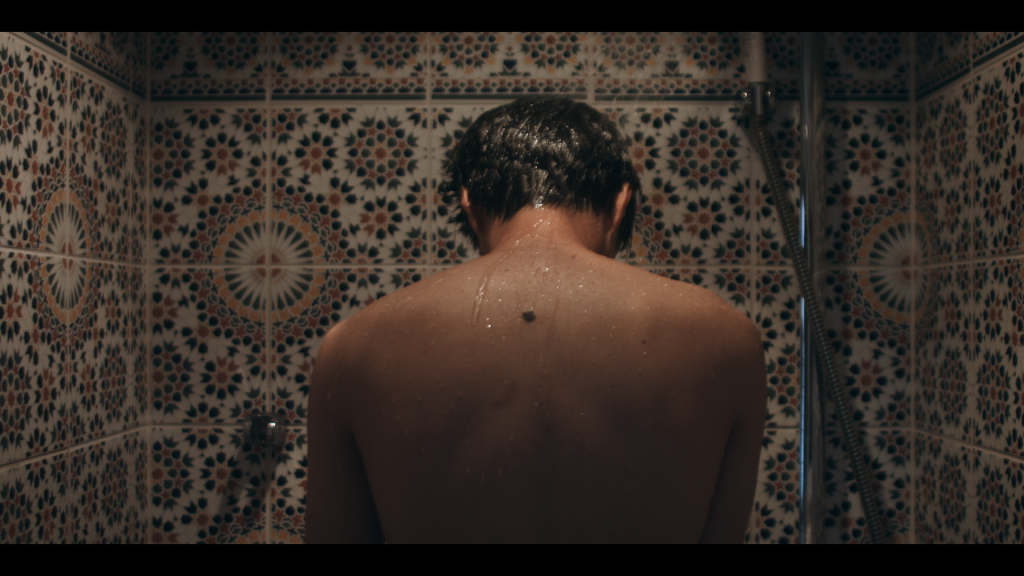 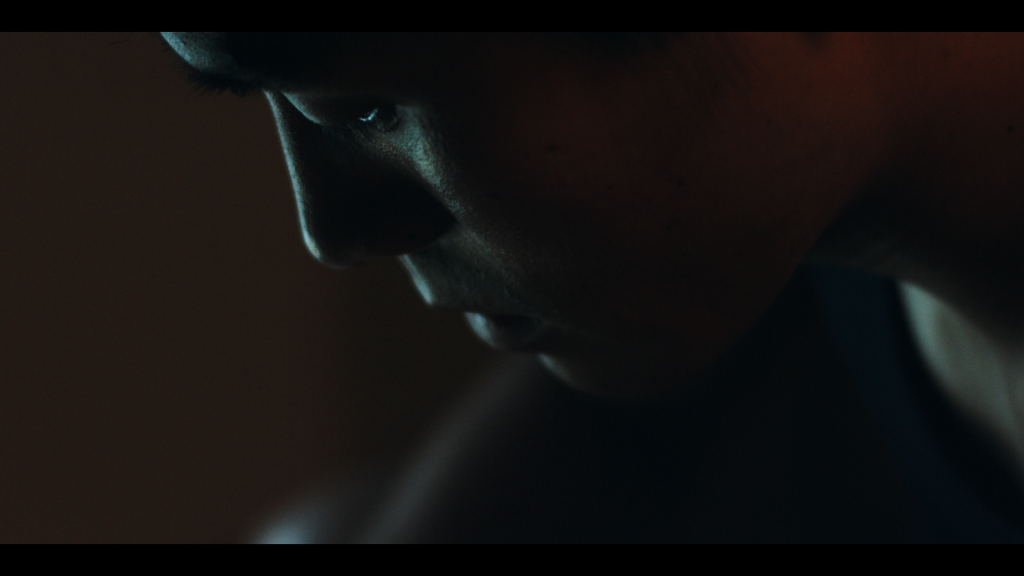 An emotional drama about love and sex — a man who can’t do it because he loves her, and a woman who wants to do it because she loves him. Written from first-hand experience of the director himself.

Born 1992 in Hiroshima Prefecture. Studied in the Creative Course of New Cinema Workshop. Currently works as a director and production manager for TV and web-based commercials.

The major festival in the Hokuriku region. Its competition for emerging filmmakers “Expected New Film Director award” prides a lineup of titles that are rough-hewn but made by filmmakers with drive. Filmmakers at past editions include Eisuke Naito (“Let’s Make the Teacher Have a Miscarriage Club”), Yuki Kobayashi (“Death Row Family”), Ken Ninomiya (“The Limit of Sleeping Beauty”), Daisuke Ohno (“Ulufuna Shisshi” (Wolfish Sissy)), Isora Iwakiri (“The Sacrament”), and Yugo Sakamoto (“Hangman’s Knot”).

Mi wa mirai no mi (F is for Future) 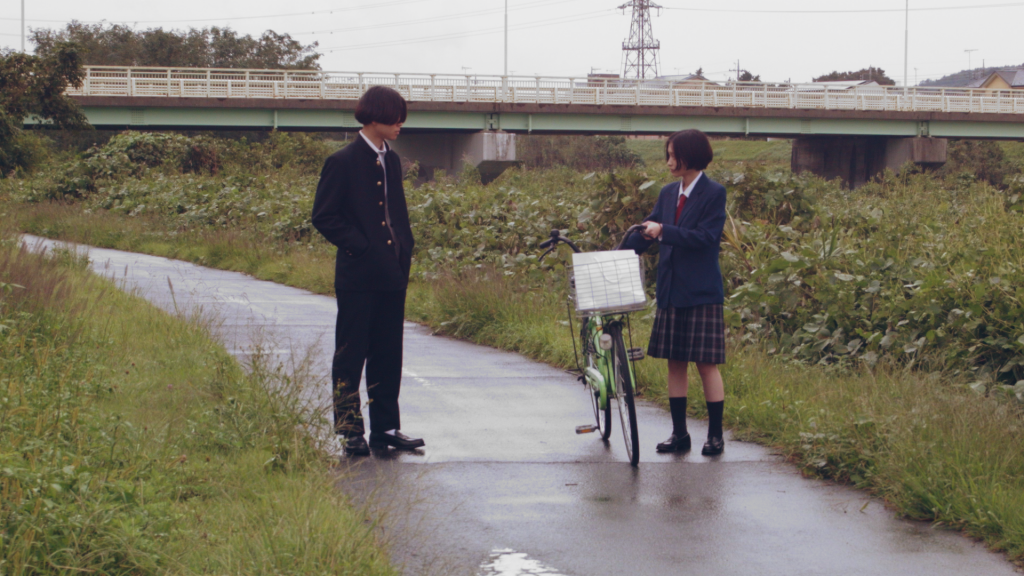 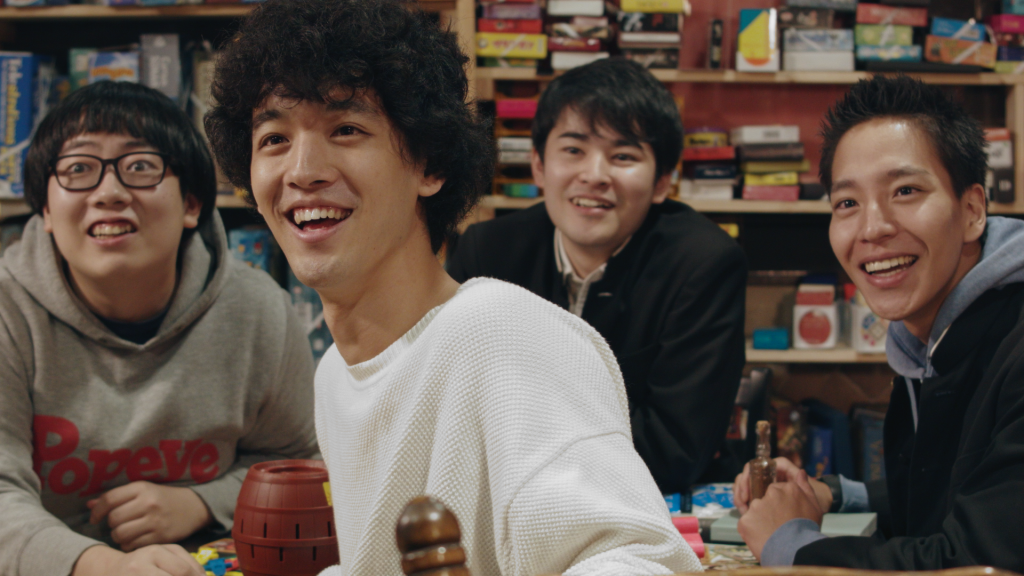 High school senior Takuya is unable to decide on his post-graduation plans. He’s anxious, but can’t help lazily living out his daily life in inaction. One day, one of his chums Takagi is hit by a car. Takuya calls on the group to keep a promise they had once made.

Born 1978 in Osaka Prefecture. Graduated from Visual Arts Osaka. He joined the overseas shoot for director Tadasuke Kotani’s film “The Legacy of FRIDA KAHLO” (2015). After his return to Japan, he directed corporate videos and music videos, and worked as production staff for independent films. Began filming his own indie films in 2016. “Who Knows about My Life” (2018) won Best Picture (Short Length section, Japanese Film Competition) at SKIP CITY INTERNATIONAL D-Cinema FESTIVAL 2018.

An international film festival that presents only films shot and edited on digital media. Prize winners are offered ample support and many films have nailed invitations to overseas festivals. Filmmakers at past editions include Kazuya Shiraishi (“The Devil’s Path”), Ryota Nakano (“Her Love Boils Bathwater”), Yuichiro Sakashita (“Any Way the Wind Blows”), Shinichiro Ueda (“One Cut of the Dead”), and Shinzo Katayama(“Siblings of the Cape”).

Orokamono (Me & My brother's Mistress) 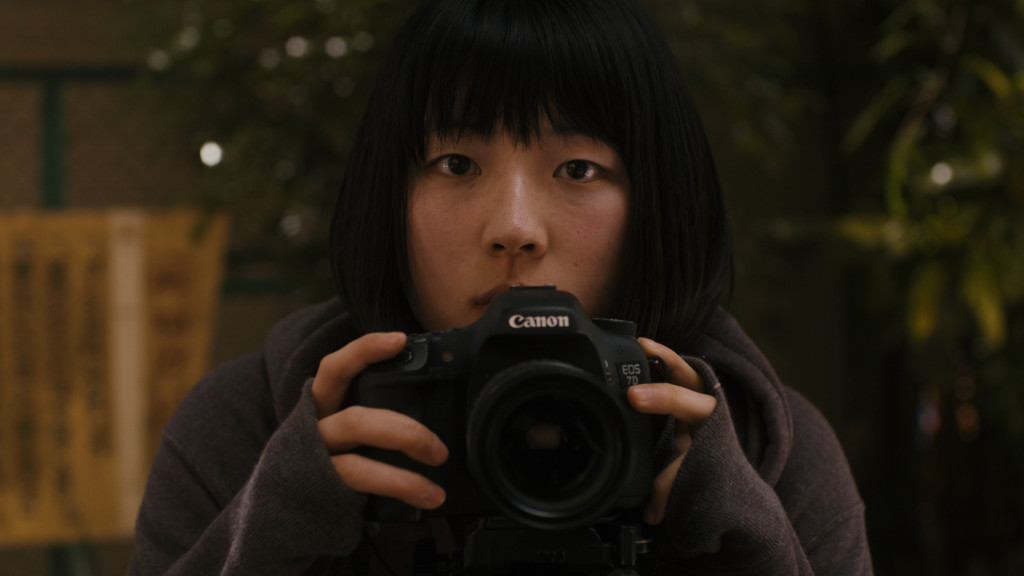 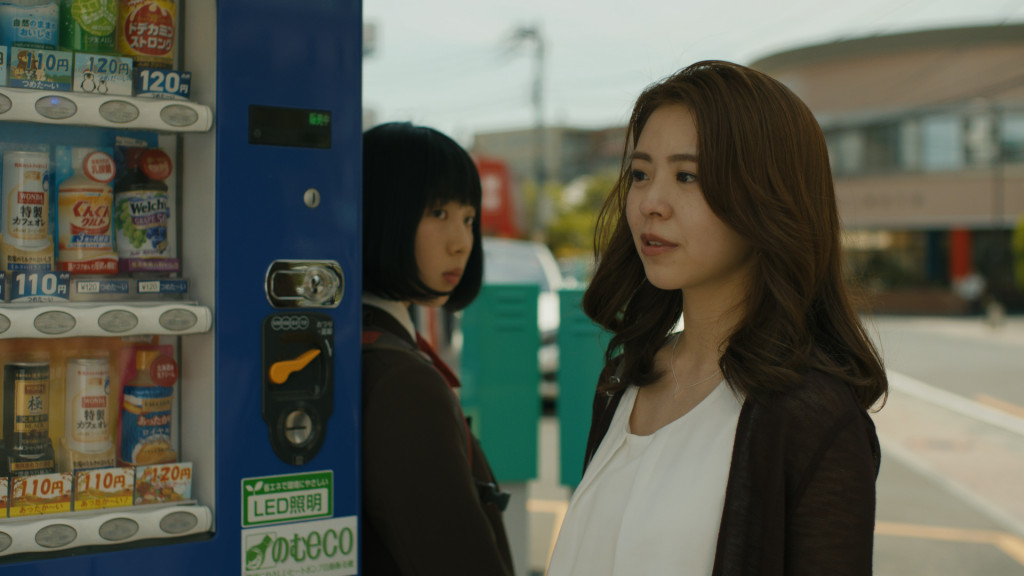 High schooler Yoko witnesses her brother Kenji, who is soon to be married, having an affair with Misa. Impulse and curiosity push her to confront Misa, only to find herself being attracted to Misa’s unique charm, toughness and fragility. It’s the start of an odd partnership-in-crime between the two women.

Born 1988 in Miyagi Prefecture. After graduating from Nihon University College of Art, he worked as camera assistant on films like “Lady Maiko” (2014) and “Mori, the Artist’s Habitat” (2018). He was cinematographer on “Border” (2011) and “Karanoaji” (The Taste of Emptiness) (2016). This is his first work as director.

Born 1987 in Saitama Prefecture. Graduated from Nihon University College of Art. His graduate project as director “Border” (2011) won the Jury Prize at Ueda Jokamachi Film Festival and Best Picture at JAAP International Short Film Festival 2011. He worked as assistant director on “Karanoaji” (The Taste of Emptiness) (2016). As director, this is his first feature film.

The eminent film festival in the Kinki region. Film fans gather from afar and energize the talk events after screenings. Award winners are given screening slots at Theatre Shinjuku in Tokyo and Cine Libre Umeda in Osaka. Filmmakers at previous editions include: Shuichi Okita (“The Chef of South Polar”, “Mori, The Artist’s Habitat”), Natsuki Seta (“A Liar and a Broken Girl”, “Parks”), Yukiko Sode (“Good Stripes”), and Rikiya Imaizumi (“Sad Tea”, “Our Blue Moment”). 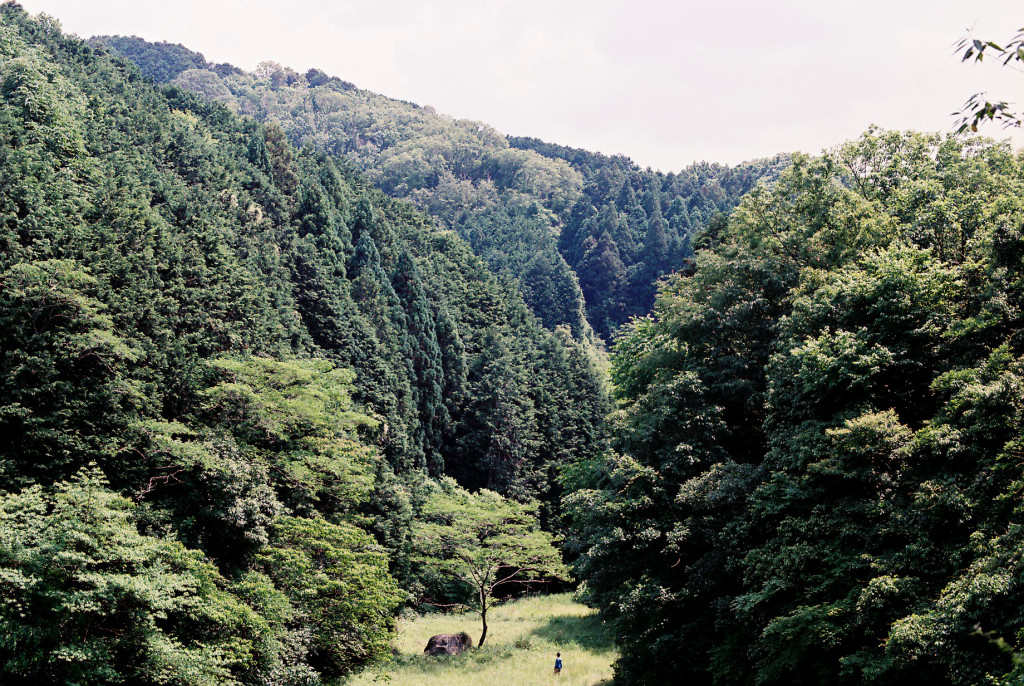 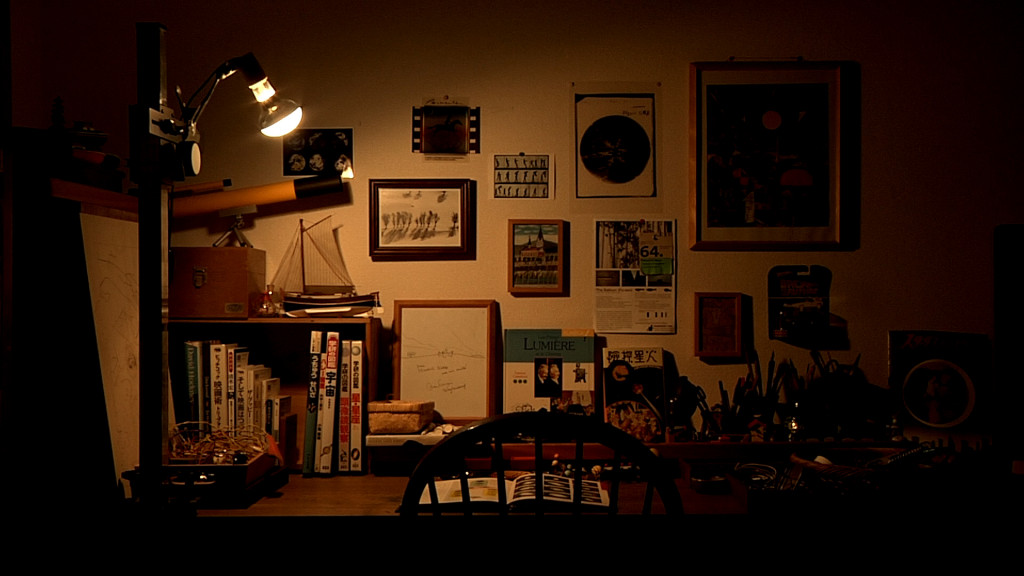 There’s a filmmaker who keeps making indie films all alone, while the stars in the sky watch over him from outer space. His modest filmmaking process, unheeded by others, seems to be connected to the vastness of intercosmic space. This is a newly re-edited version after the Pia Film Festival premiere.

Born 1979 in Osaka Prefecture. He starts filmmaking after helping shoot for a friend’s production. He adheres as much as possible to a style of making films all by himself. His films “The Ship” (2015) and “The Balloon” (2017) were nominated for previous editions of the PFF Award.

A film festival renowned as the gateway to success for young filmmakers. Supports award-winners through The PFF SCHOLARSHIP and other programs. Many of the major active directors of Japan today emerged from PFF. Filmmakers of recent years include Yuya Ishii (“Sawako Decides”, “The Great Passage”) , Ū-ki Yamato (“Otogibanashimitai” (Like a Fairy Tale), “Drowning Love”) and Ryutaro Ninomiya(“Sweating the Small”).