A total of six film festivals in Japan which continue to discover young filmmakers gathered together to show award-winning works by promising directors. This is an intensive two days where you can meet up with the talented next generation who are cultivating Japanese film.

You can take a look at the talk events and interviews with filmmakers on the day.

Siblings of the Cape

Yoshio lives with his younger sister Mariko who is mentally disabled. Fired from his job, he tries to make a living by prostituting Mariko, but a number of obstacles stand in his way.

An international film festival that presents only films shot and edited on digital media. Prize winners are offered ample support and many films have nailed invitations to overseas festivals. Filmmakers at past editions include Kazuya Shiraishi (“The Devil’s Path”), Ryota Nakano (“Her Love Boils Bathwater”), Yuichiro Sakashita (“Any Way the Wind Blows”), and Shinichiro Ueda (“One Cut of the Dead”). 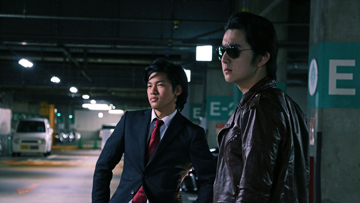 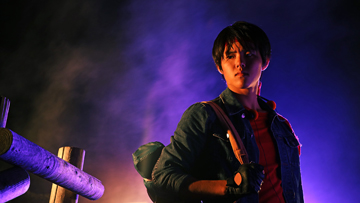 Yuta Ichimonji just returned to Japan from martial arts training in America. After a chance meeting with aspiring comic writer Shirahata and his friend Kurata, a loser chased by loan sharks, the three launch on a faceoff with a mysterious karate killer in this slapstick comedy.

The major festival in the Hokuriku region. Its competition for emerging filmmakers “Expected New Film Director award” prides a lineup of titles that are rough-hewn but made by filmmakers with drive. Filmmakers at past editions include Eisuke Naito (“Let’s Make the Teacher Have a Miscarriage Club”), Yuki Kobayashi (“Death Row Family”), Ken Ninomiya (“The Limit of Sleeping Beauty”), Daisuke Ohno (“Ulufuna Shisshi” (Wolfish Sissy)), Isora Iwakiri (“The Sacrament”), and Yugo Sakamoto (“Hangman’s Knot”).

ED OR (THE UNEXPECTED ERECTION OF YOU) 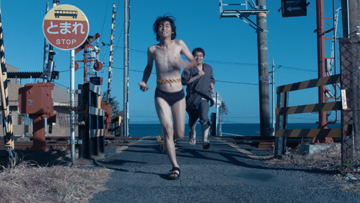 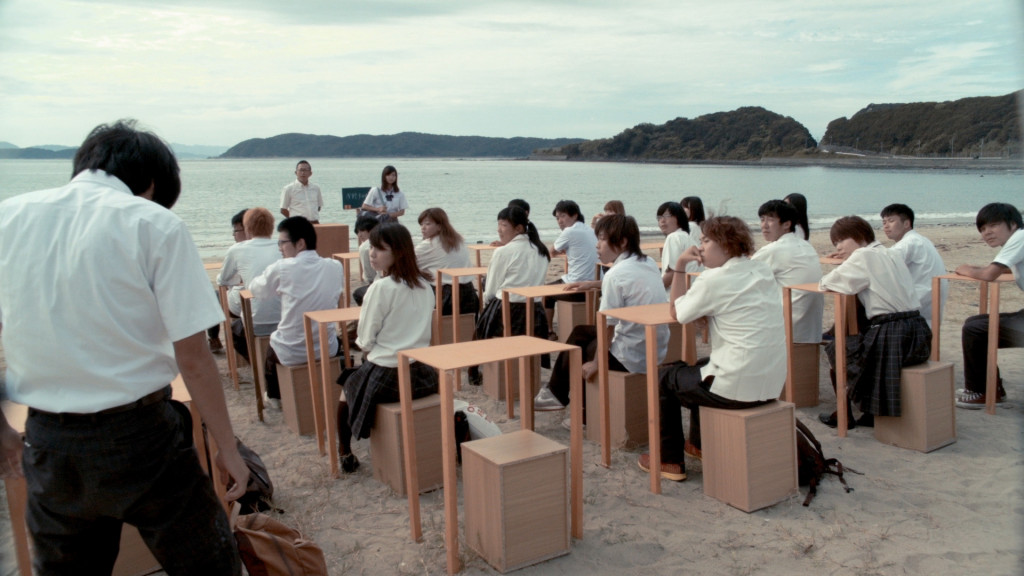 A boy suffers from erectile dysfunction (ED) after once getting a hard-on when he saw his mother nude. A refreshing film of laughter and tears.

Born 1995 in Osaka Prefecture. Studied filmmaking at the Osaka University of Arts. Currently working as equipment staff at the same university while making films.

A film festival dedicated to fantastical films. The winner of a recent Audience Award “One Cut of the Dead” went on to become a runaway hit. Filmmakers from past editions include Noboru Iguchi (“The Machine Girl”), Tetsuya Mariko (“Destruction Babies”), Yu Irie (“8000 Miles”), and Hana Matsumoto (“Dadadada Seventeen”). 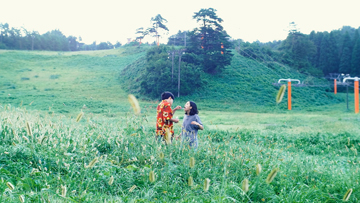 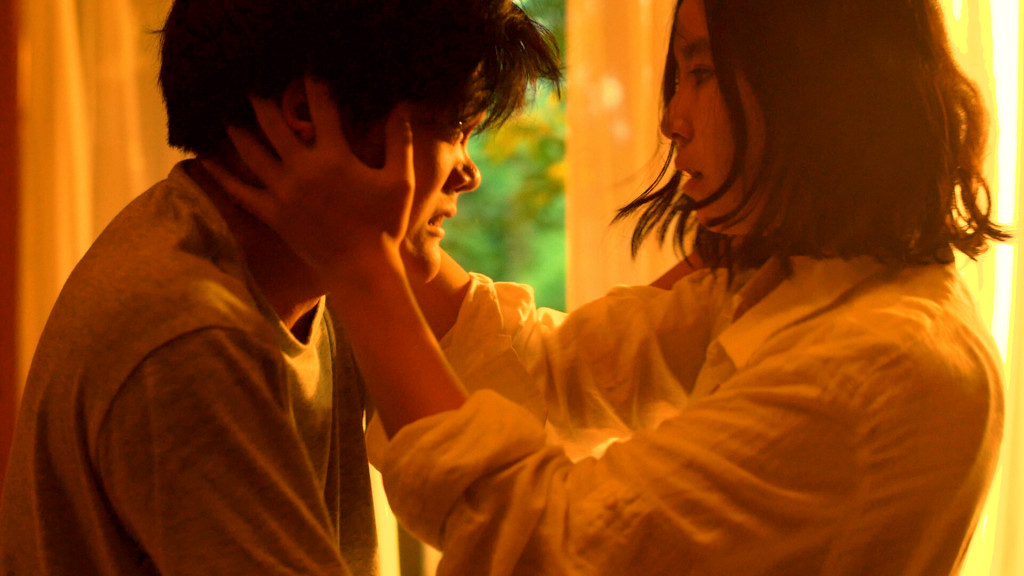 Emma’s illness accelerates memory loss but she still goes looking for childhood friend Yan with her buddies. Can she manage to reunite with Yan before all precious memories are erased? A road movie that resonates with a young woman’s urgent cry.

Born 1995 in Fukuoka Prefecture. In her second year of high school, she was so moved by Kanako Nishi’s novel “Sakura” that she decided to make it into a film and thus embarked on the road to cinema. At the Kyoto University of Art and Design, she directed “Psychedelic Noriko” (15) and “Summer of Love wo odotte” (Dance the Summer of Love) (16).

A film festival renowned as the gateway to success for young filmmakers. Supports award-winners through The PFF SCHOLARSHIP and other programs. Many of the major active directors of Japan today emerged from PFF. Filmmakers of recent years include Yuya Ishii (“Sawako Decides”, “The Great Passage”) and Ū-ki Yamato (“Otogibanashimitai” (Like a Fairy Tale), “Drowning Love”).

It’s 2027, and the number of traffic accidents has dropped considerably thanks to the development of automated driving technology. Freshman prosecutor Amane Yonago is assigned to the traffic department of Aichi District Prosecutor’s Office, a noted do-nothing workplace. Frustrated with the appointment, Yonago plots to indict a malfunctioning AI robot that drove a car across the center line and crashed.

Born 1987 in Aichi Prefecture. Grew up in Fukui Prefecture. Joined the filmmaking club during university years and experienced camera, editing, still photography, artwork production. After getting a job in a non-cinema company, he started to study scriptwriting. His independent film work is awarded at film festivals nationwide. His work includes rakugo comedy, solo stage plays, and theater scripts.

Started up as a place for filmmakers from Japan and abroad to interact through the showcasing of independent films. Screenings are not only of the award winning films but of all entries. Filmmakers from past editions include: Toshimitsu Iizuka (“Poetry Angel”), Taishi Shiode (“Tokidoki Meguri Everyday”(Back in the Day to Day)), Ryohei Watanabe (“Shady”, scriptwriter for “March Comes in Like a Lion”, “Memory of Antique Books”).

Chonticha at end of the summer 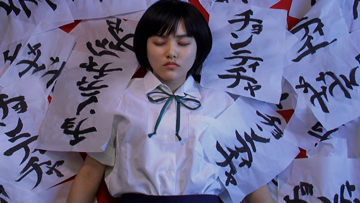 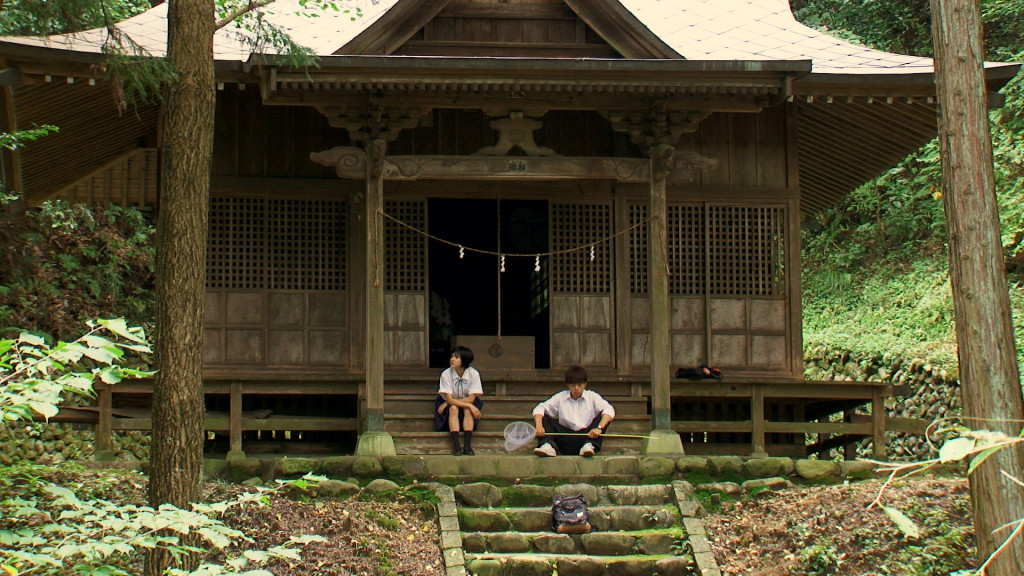 Born in Japan of Myanmarese and Thai parents, Chonticha has been trying to pass life without disrupting her peace of mind, despite an ambiguous uncertainty about her roots, residence, name, and lifestyle. It’s her sixteenth summer and the cicadas seem to be chirping louder than any other year.

Born 1995 in Hyogo Prefecture. Graduate of TOHO GAKUEN Film Techniques Training College. She was not an aspiring director at first, but directed the short film “Ananonaka” (Inside the Hole). She then directed “Chonticha at end of the summer” as her graduation project and won the Grand Prix at the 29th edition of Tokyo Student Film Festival.

The eminent film festival in the Kinki region. Film fans gather from afar and energize the talk events after screenings. Award winners are given screening slots at Theatre Shinjuku in Tokyo and Cine Libre Umeda in Osaka. Filmmakers at previous editions include: Shuichi Okita (“The Chef of South Polar”, “Mori, The Artist’s Habitat”), Natsuki Seta (“A Liar and a Broken Girl”, “Parks”), Yukiko Sode (“Good Stripes”), and Rikiya Imaizumi (“Sad Tea”, “Our Blue Moment”).